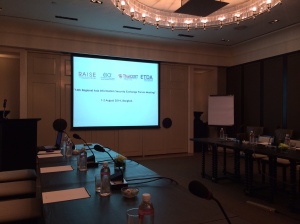 What is it about the schadenfreude that infects the hallowed executive suite?

According to new research by ThreatTrack Security, a whopping 74 percent of 203 C-level bigwigs surveyed said that Chief Information Security Officers (CISOs) should not get a seat at the big-boy table. And almost half (44 percent) think that the biggest benefit of having a CISO at all is to have someone to blame should a security breach occur. And, not to pile on, but 61 percent of respondents said they didn’t believe that their CISO would succeed in another role at the company.

This bad blood could be bubbling up because of the paranoia over security breaches that can — and have — cost CEOs and other top execs their jobs. Most notably in May Target CEO Greg Steinhafl resigned after the epic breach that rocked his company. He’d been with Target for more 35…

News and reviews from the world of gadgets, gear, apps and the web